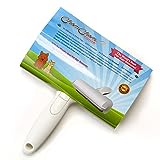 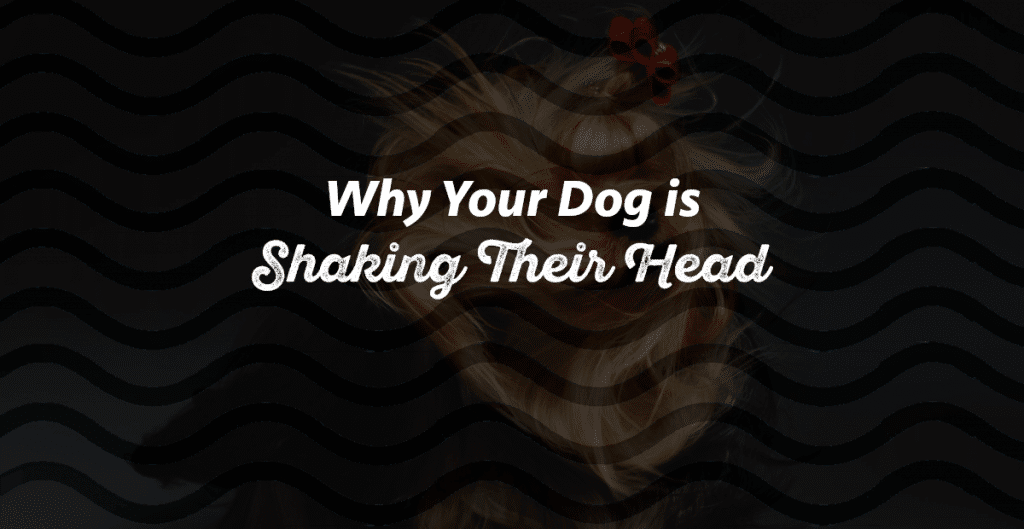 12 Reasons Your Dog is Shaking Their Head

All dogs shake their heads from time to time -- it's their response to any little irritation of the ears, cheeks or general head area. We're all familiar with that goofy, jowl-shaking, ear-flopping shake. But when it becomes more than just an occasional thing and presents itself as repetitive behavior, that's probably a cause for concern.

Continual head shaking in dogs can mean a whole host of things; from something as simple as a couple of itchy bug bites on the ear after an afternoon of rolling around in the grass, to something a little more scary, like a nervous system reaction from toxin ingestion.

Whatever it is, nothing beats your vet's personal advice -- but for now, we're here to help you figure it out so that when you call the vet, you're armed with the most information that you can be. Here are the top 12 reasons why your dog might be shaking his head:

Bug Bites on the Ears

Dogs love to spend time running around outdoors and exploring all sorts of different areas -- most of which contain some type of bugs. Bug bites are common on dogs, especially from fleas, ants and certain types of spiders, as well as stings from bees.

Sometimes the place that gets bitten or stung is your dog's ear, which will result in repetitive head shaking as an attempt to ward off the itch and irritation associated with the bite. Typically, this isn't a big deal for your dog and will present itself as a mild redness, rash and swelling.

However, just like people, some dogs are allergic to insect stings and bites, so you should keep an eye on the affected area for at least the next 48 hours. If any of these symptoms get worse or new symptoms occur, call your vet immediately.

For now, cleaning the affected area and applying a mild anti-itch medication should do just fine. Ear mites are so tiny that they're barely visible to the human eye, but will often present as what looks like a sprinkle of black pepper or dirt on the inner ear of your dog. They will often cause the dog to produce a brown, grainy ear wax, similar to the appearance of coffee grounds.

The ears will usually appear red and rashy due to irritation which causes the dog to excessively scratch and shake its head. Ear mites are a very common problem among dogs, as they are contagious and can be transmitted to any other dogs that come in close contact or share a living space with an infected dog.

Your veterinarian will typically prescribe a cream or spray, applied directly to the affected area, and daily cleanings.

If your dog has been in a forested or high grass area recently, you may want to check their ears for ticks. Ticks can present in many different sizes, but typically appear as a brown, grey or black bump surrounded by a swollen patch of skin.

A tick will burrow underneath the skin on any part of your dog -- including the ears -- and bury itself near a blood source, where it will stay and feed until it is satiated. If your dog is shaking his head, it may be because of the irritation caused by the tick.

Ticks can transmit 15+ diseases, so their immediate removal is important -- but doing it properly is also very important. Of course, the best method is to let a trained professional do it (your vet), but ticks can also be removed at home with a pair of blunt-tipped tweezers.

Removal must be done very carefully, as it's easy to kill the tick or leave part of it behind, creating new problems and furthering the potential for disease transmission.

Here's more information on the TickEase mentioned in the video

Ear infections in dogs are usually caused by bacteria or yeast -- however, most of the issues described in this article can be contributing factors to an ear infection, so it’s a pretty broad-reaching category.

In addition to head shaking or head tilting, physical symptoms of an ear infection can include redness, scratching, swelling, odor, discharge, hair loss in the ear area, rubbing the ear on random objects, loss of balance and hearing loss. Dogs with allergies, exceptionally hair ears and floppy ears can be especially prone to ear infection.

If you think that your dog might have an ear infection, see your vet immediately to prevent further damage.

Foreign Body In The Ear Canal

Grass seed and other tiny objects can easily fly into the ear of a dog while he's having a good time playing outside. A dog's outer ear canal is vertical, unlike a human's, which has both inner and outer sections horizontal.

Because of this, small foreign objects in the ear can get knocked deep into the canal and stuck between the vertical and horizontal sections at the "joint". So if the head shaking suddenly begins during or after a play session outside, visually check the outer ear canal for any signs that something may be lodged in it.

Unfortunately, by the time you notice your dog shaking his head, he's probably already knocked it deep enough into the ear canal that it'll require a trip to the vet to remove it. If it's close to the outside, you can remove it with tweezers, but anything that's actually lodged in the canal is already damaging the ear canal and hurting your dog (thus, the head shaking) and should be removed by a professional so that no further damage is incurred.

Injury On The Head

Dogs get little nicks and cuts all the time, but if the injury is on the side of your pup's head or neck, he may be shaking his head in an attempt to alleviate the stinging or pain that the injury is causing.

Check for signs of cuts or swelling and clean any wounds that you might find. Getting the cut cleaned may be all puppy needs to alleviate the sting and go back to his busy day.

Dogs who have allergies are genetically inclined shake their head, and allergies often develop in the first year of his life. However, the symptoms of the allergy won't present themselves until the dog encounters the allergen in question for the first time. When he does encounter an allergen, just like people with allergies, the symptoms can be very wide-ranging.

Often, however, itching is a big part of allergies, and the head and ears aren't exempt from the itchiness. The dog will shake his head to combat itchiness in the ears, however, the head shaking can in turn cause other symptoms -- like an ear infection or hematoma -- which will in turn cause more head shaking.

Allergies are one of the more difficult afflictions for animals, as they don't know what their trigger is and don't know to stay away from it. Luckily, as their human, you know that if your pup seems extra itchy or out of sorts, it's time to get them to the vet before a simple allergy problem turns into a whole host of other problems to take care of.

Too Much Ear Wax

Excessive ear wax in dogs isn't necessarily itself a condition, but it is often the most visibly physical sign that something else is going on. If your dog is shaking his head and your inspection of the ear turns up a build-up of ear wax, it could point to ear mites (brown or black, grainy wax), a bacterial ear infection (waxy, yellow or greenish wax), or a fungal ear infection (reddish-brown to dark brown wax with a pungent smell).

Normal ear wax is yellowish to tan in color, but there should almost never be an excessive amount of it -- so if you notice a build-up of any ear wax, get an examination by your vet right away.

An aural hematoma is an inflammation of the blood vessels in the pinna, or ear flap. Certain breeds are more likely to develop the condition and are traditionally dogs with more "floppy" ears, like Dachshunds, Jack Russell Terriers, Scottish terriers, German shepherds, greyhounds, or rottweilers.

A hematoma (which looks like a bubbling of the ear) appears on the pinna when blood vessels are irritated, inflamed and ruptured -- typically because of an allergic reaction to something.

Because his ear feels strange and painful, the dog will shake its head, causing its ears to flop around more. But this solution is like scratching a bug bite for humans -- temporary relief followed by more pain because you've further damaged the skin. It's a vicious cycle.

Keep an eye on the hematoma and talk to your vet about the best way to get rid of it -- and to prevent future ones from happening.

The saying goes, "curiosity killed the cat," but we all know that getting into things they shouldn't isn't just limited to our feline friends. If your dog has recently gotten into something he shouldn't have, like trash, cleaning products, medications or other toxins, his head shaking may be a direct effect of the toxin's interaction with his nervous system.

Take a quick look around the house to make sure that nothing looks out of place -- and if it does, your next actions should be to look up the nearest pet hospital and call an animal poison control hotline. Here are some options that are open 24/7

Brain injury can be caused by head trauma, hypo- or hyperthermia, hypoglycemia, seizures, nervous system damage or autoimmune disease among others. If your dog has dealt with something of this nature, then head shaking could be an unfortunate symptom of the brain damage.

Abnormal posture and irregular movements are one of the many symptoms of brain injury, and this includes the head tilt and head shake. As always, you should get your dog to the vet if you notice the sudden onset of head shaking, but in this case, it might be more of an ongoing issue for your pup. 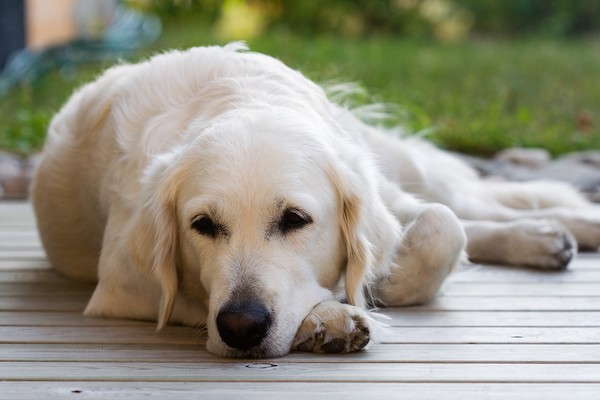 Some dogs may have balance issues due to complications from neurological issues, past head trauma, stroke or vestibular syndrome. A dog's vestibular system, located in their inner ear, helps balance and spatial orientation. When damaged, it can cause dizziness, vertigo, trouble standing and other disorientations.

Dogs with balance problems may shake their heads or perform repeated head tilts due to the disorientation.